Some native birds sing less in the presence of exotic birds, what can change their daily routines, affecting communication and access to food. Exotic species are plants or animals that, due to human action, are present in areas outside of their native ranges. If well adapted to their new environments, exotic species have the potential to becoming invasive, meaning different bird species by analysing their singing behaviour. This is because birds use their song to defend aggressively a patch of terrain against an opponent. In a previous study, we found that two common bird species in Europe, the robin (Erithacus rubecula) and the blackcap Sylvia atricapilla), are inhibited when feeding together with an exotic bird with similar food preferences: the red-billed leiothrix (Leiothrix lutea), native to Asia. Considering this, we designed an experiment to measure the effect of a singing leiothrix in the behaviour of robins and blackcaps in Central Portugal. First, we recorded the song of several leiothrixes. Then, we searched for territories of robins and blackcaps. Finally, we played the song of leiothrix when the native birds started singing in their territories. We did the same using the song of other common and native species, the great tit (Parus major), to compare with the responses against the leiothrix. Robins became silent after the leiothrix song more often than after the great tit song. Also, both robins and blackcaps remained away from the leiothrix singing spot. This study highlights the impact that exotic birds may cause in our ecosystems, by disrupting native species interactions, thus affecting the ecological processes that rely on these species. 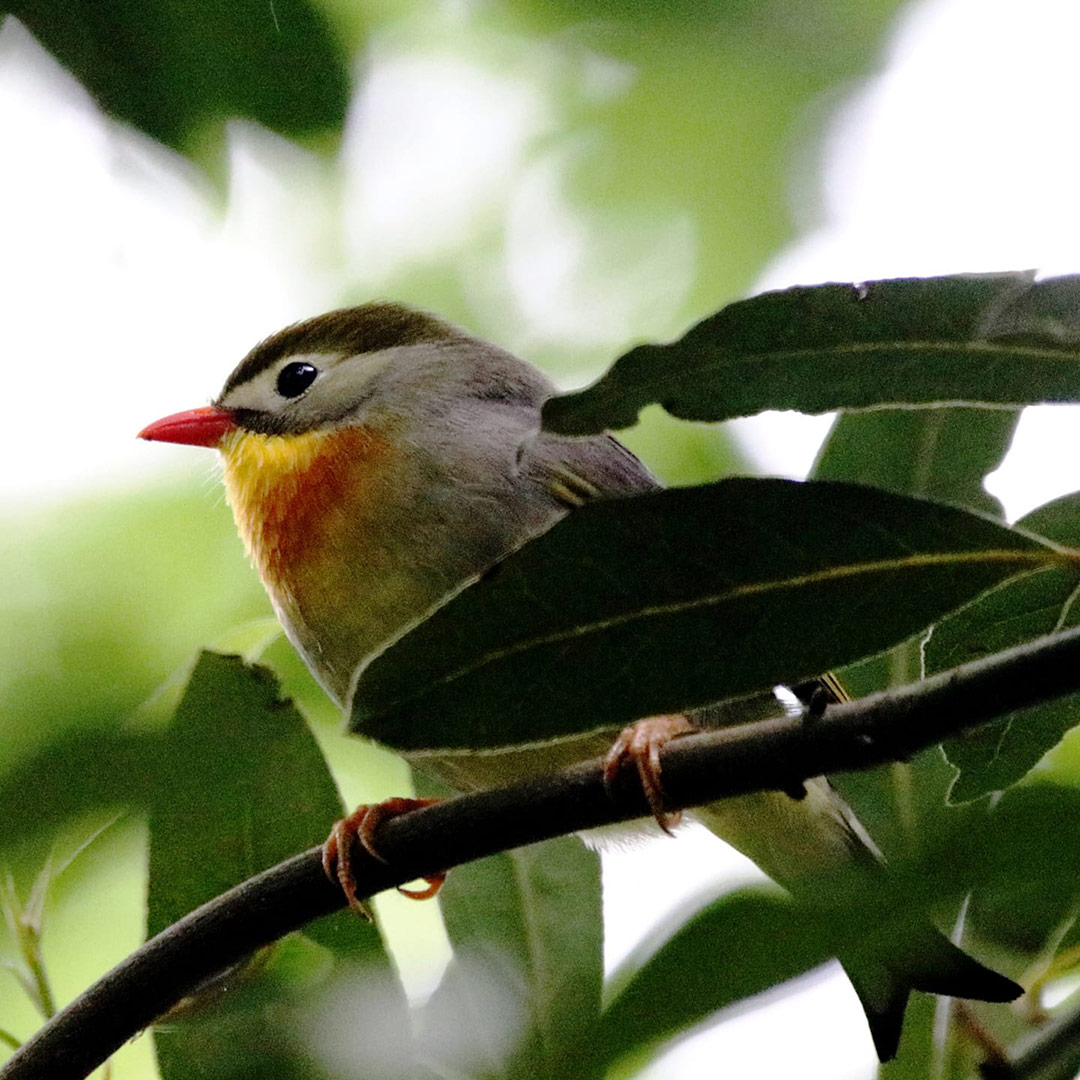