Natural expansion of the exotic red-billed leiothrix in Europe

Wild populations of an exotic bird species in Europe almost doubled its distribution between 2000 and 2017, indicating natural expansion rather than new introductions by humans. That is the red-billed leiothrix (Leiothrix lutea), native from Asia, and quite popular as a cage bird since several centuries ago, what resulted in different accidental or deliberated introductions in Europe, but also in Hawaii, Japan and Reunion Island. Despite the leiothrix has been intensively studied in some regions where it is an invader, it is not well known for most European birdwatchers: the species is hard to see amongst dense vegetation and its calls are similar to other common European birds, such as the blackcap (Sylvia atricapilla) or the blackbird (Turdus merula). 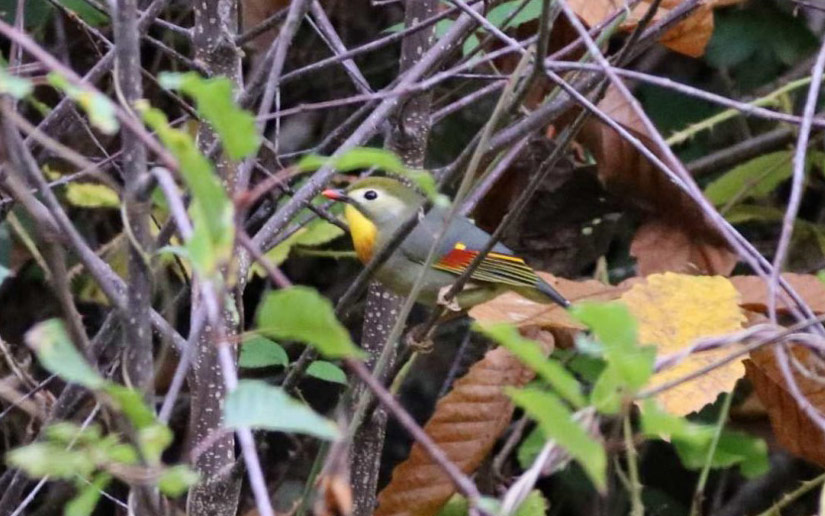 As a result, the distribution of this exotic bird in Europe remained unknown. To unravel this, we aggregated by the first time all the information available on the distribution of red-billed leiothrix living freely in Europe, based on the citizen science platforms ornitho, eBird.org, and observation.org. The species is present in ten European countries, with largest populations located in some regions of France, Italy, Spain and Portugal. Leiothrix is more abundant in woodlands near large cities with mild weather: temperate winters and some rain in summer. The two main introduction periods of the species in Europe were the late nineteen and twentieth centuries. Despite the trade from Asia started to be controlled in 1997, wild populations of leiothrix in Europe almost doubled its distribution area between 2000 and 2017. This suggests a natural expansion of the species. Because there are evidences that the leiothrix host diseases to other bird species, and that it may also disperse exotic plants, its range expansion has potential to be detrimental to our ecosystems. It will be interesting to follow the trend of leiothrix colonizing Europe, considering the expected scenarios of climate change.